You are here: Home / Our Blog / melbourne cup

The Melbourne Cup is the race that stops the nation. If you’ve never been in Australia for Melbourne Cup Day, be prepared for November 3rd as the entire country will slam to a halt and turn on the TV for the gem of Australia’s horse racing calendar!

The two mile race at Melbourne’s famed Flemington race-track has been run since 1861 and features a prize purse of over $6 million – not bad for about 3 minutes of work! The Melbourne Cup is second only to the Dubai World Cup in terms of prize money so this is about as big as it gets in the horse racing world!

24 horses and jockeys take to the start line and the runners and riders will be announced on Saturday November 1st. You can float a wager now, if you’d like but it’s probably a good idea to wait and see who’s running!

Trainers, horses and jockeys come from across the globe to take part in this esteemed flat race so expect to see Irish, English, French and Japanese interests represented somewhere along the line. Last year, former England and Liverpool striker Michael Owen had a horse in the big race!!

Tuesday November 3rd is the date to remember as the Melbourne Spring Carnival will be well under way. The Melbourne Cup begins at 3pm and is the seventh race out of ten on the big day.

Expect offices across the country to empty out while bars all over Australia boom! If you’re working over here, you’ll no doubt be offered a punt in the office sweep so try and pick a winner!

If you happen to be in Melbourne on the day of the race, why not take a trip to the track and chance your luck?! Over 104 000 people attended race day last year making the Melbourne Cup one of the biggest horse racing events in the world – even outside of horse racing it’s rare to get over 100 000 people at a sporting event!

It’s all a bit of good fun but Australian’s drop about $100 million on bets on the big race each year! Get down to your local bookies and put $5 on something you like the look of – who knows what could happen!?

The other big aspect of the Melbourne Cup is the fashion. Expect to see fascinators galore if you’re watching the coverage on TV or heading to the race track. Ladies and gents throw on their glad rags and get to betting – until the end of the day when you’ll see a bunch of guys with untucked shirts and jackets strewn across shoulders and girls carrying their painful and expensive high heels on the waltz home.

Pretty much every bar, club, restaurant (basically any venue with a TV) will be showing the Melbourne Cup so keep your eyes peeled on your favourite bar and see what they’re offering. If you feel all flush with cash, pick somewhere fancy and go all out with a champagne reception alongside the drinks!

Whatever you’re doing on Tuesday 3rd, make time at 3pm for a true Australian experience. The nation does stop for a couple of minutes each November and it’s your turn to join the party!!

Interested in heading to Melbourne for the big race? Fancy getting out here in time for next year’s big race? Get in touch and we’ll  get you sorted with an UltimateOz experience of a lifetime! 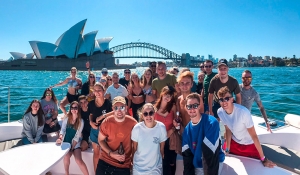 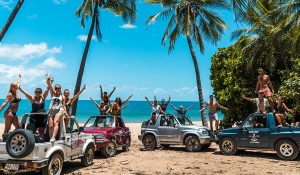 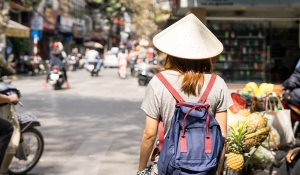 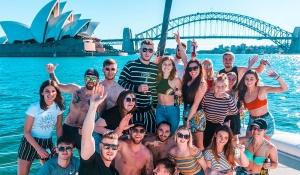